Skip to content Skip to left sidebar Skip to footer

Norton is a thriving town and community separated from Malton by the River Derwent which flows east to west, north of the town.

Norton is situated roughly equidistant between the historical medieval city of York and the spa town of Scarborough together with the Yorkshire Heritage Coast.  The A64(T) which bypasses the town, affords convenient access.  The 2001 Census gave the population of Norton as 6,943.

At the heart of Norton is Church Street and Commercial Street, the main shopping area, bustling with activity and shops, consisting of a good mix of local shopping and businesses.  Church Street contains a mixture of garages, shops, takeaways, public houses and residences.  Commercial Street, the main shopping thoroughfare consists of a diverse range of shops, supermarket/grocers, restaurants, public houses and service industries such as hairdressers.  Commercial Street is a wide street and precludes any sense of enclosure.  It is a linear street with commercial and residential development straddling the road.  There are two other supermarkets on the outskirts of the town.  There are lots of other businesses interspersed within the residential areas of the town.

Norton has also accommodated a large amount of housing development over the past three decades which has expanded the settlement considerably, almost to the foothills of the Wolds. 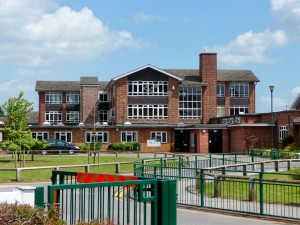 Norton is served by two main educational institutions: Norton Community Primary School, one of the largest primary schools in the county and, Norton College, a secondary and sixth form centre with holds specialist technology college status.  The sixth form is a relatively recent addition as is the gymnasium, which serves the public.

Since the 1970’s an industrial estate has been developed at Norton Grove on the eastern side of the town.  Within the estate is the Malton Bacon Factory (Vion Food Group), the town’s largest employer.  The ‘bacon factory’ as it continues to be known in the town, provides over 2000 jobs to employees as far afield as the Tees and the Humber.  A new full access roundabout and link has now been created to this area from the A64.

The public swimming pool and fitness centre are central to the town, and there is also an eight rink indoor bowls centre, located off Scarborough Road.

Malton and Norton Golf Club is a 27 hole parkland golf course and is the sporting home of Simon Dyson, the internationally known golf professional.  The course, accessed from Welham Road, has an excellent reputation and attracts visitors from a wide catchment area.

Norton continues to be one of the principal centres in the country for the horse racing industry.  Its vibrant horse racing industry is evident within and on the outskirts of the town, having many trainers and stables.  Horses are put through their paces at the Langton Wold and Highfield Gallops, and early risers will come across strings of horses in and around the town coming from and going to the gallops.

The bus station and the rail 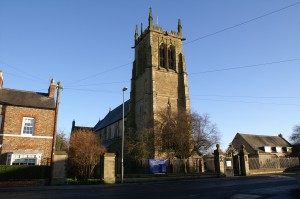 way station are both situated in Norton.  The railway station is on the Trans Pennine Express Route with fast trains every hour running from Scarborough to York, Leeds, Manchester and Liverpool.  Norton is also home to the Coastliner bus service with regular services running from Leeds, through York and Norton out towards Pickering, Whitby, Scarborough, Filey and Bridlington, in addition to a number of other local bus routes.

The parish church of St Peter is located on Langton Road and sits on the site of a Roman settlement and burial ground.  Built in cathedral style it is spacious and graceful and can hold a significantly sized congregation.  The adjacent church house provides an excellent venue for community events, concerts and plays.  There are many other denominations in the town.

Although evidence of a settlement predates Roman times, the most significant settlement was Derventio, a Roman fort and commune on an 8 acre site next to the current location of the County Bridge.  The principal roads and streets of Norton follow very closely and, indeed, were part of the Roman lines of communication.  The discovery of ruined kilns has shown that Norton had a thriving pottery industry in the 3rd Century.

The river Derwent contributed greatly to the development of the town, being navigable to the Ouse and Humber.  Grain, butter, meats and hides were exported to Leeds, Hull, London and beyond whilst goods such as coal, wool, sugar and salt were imported.  River traffic declined in 1845 after the railway arrived, but prosperity continued.

Though now declined, brewing was an important industry to the twin towns, significant brewing names such as Russels, Wranghams and Camerons are all part of the town and areas heritage.